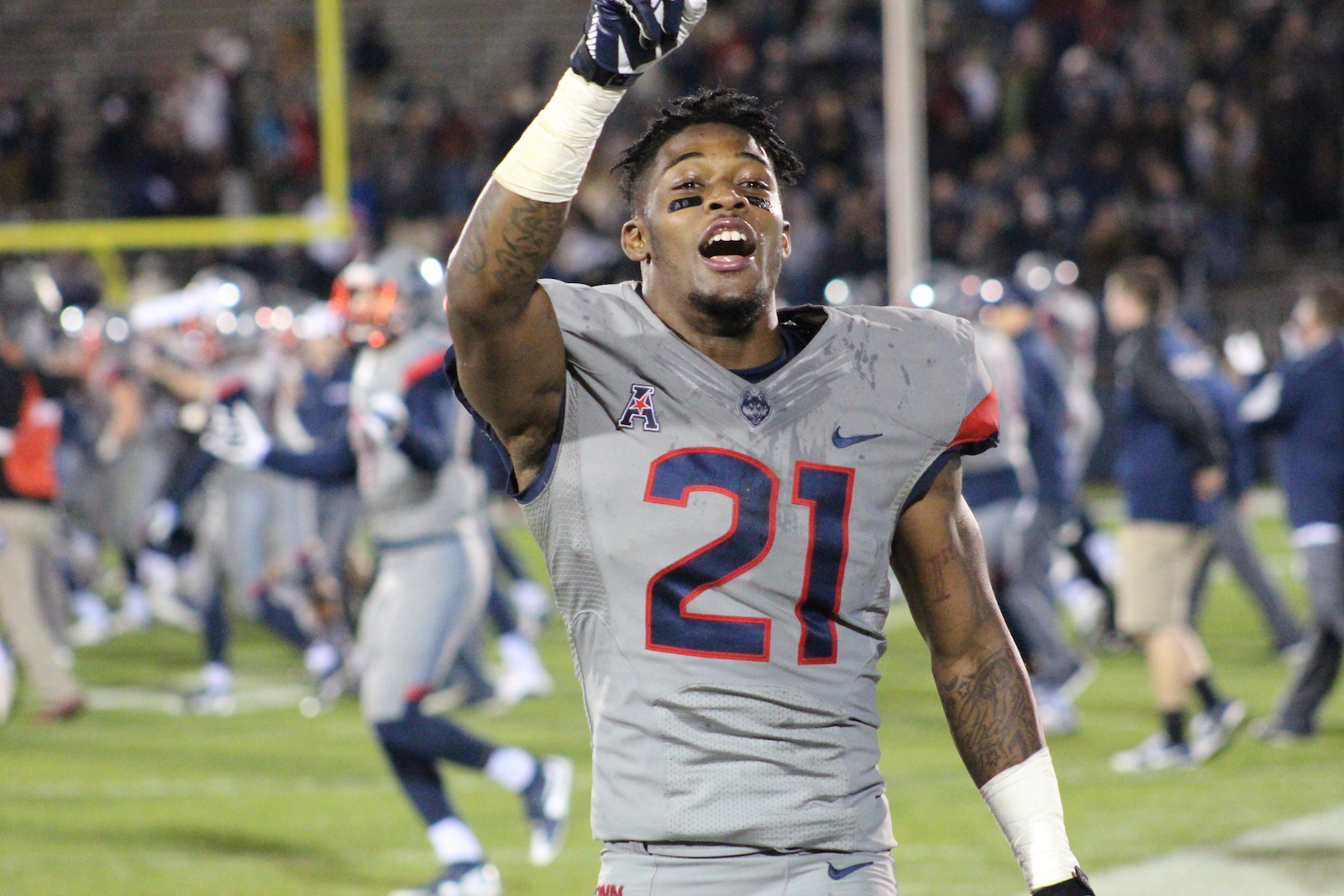 CB Jamar Summers sealed the win over Houston with his 7th interception of the season
Photo Credit: Kallie Elizabeth @Kallie_E

Cornerback has traditionally been a position of success for the UConn football program. Over the last several years, the school has produced six players at the position who have gone on to see time in the NFL, including five currently on active rosters.

When sophomore Jamar Summers came down with his seventh interception of the season Saturday, he clinched the Huskies first win over a ranked opponent since 2012 and guaranteed the first bowl appearance in half a decade.

When asked about the feeling that came over him after coming down with the pick on Saturday? “It’s over, it’s over,” Summers recalled after practice in Storrs on Tuesday. “There were still 55 seconds left, but it was time to celebrate.”

Summers has had a stellar 2015, currently third in the nation with seven (7) interceptions on the season, just one off the nations’ leaders.

He saw the field early on a year ago as a true freshman, but was forced into a starter’s role after the season-ending injury to current Dallas Cowboy corner, Byron Jones. He took advantage of the opportunity of playing young and despite some growing pains, has looked every bit the talent he was touted as, coming out of East Orange, NJ. He also learned a lot from Jones, who became sort of a mentor to him.

“I had a close relationship with him last year and he helped me out, both on and off the field,” Summers said. “I continue to use that advice and guidance in my daily preparation.”

“I heard a lot about all of them, but don’t know any of them personally, outside of Byron,” he said.

The possibilities of the NFL are still a long ways off for Summers, who still has two more years of eligibility remaining, but in the mean time, he continues to establish himself as the next great one at UConn. He attributes his success to his teammates, but also the effort he puts in on every play, every day, something that is consistently echoed by head coach Bob Diaco.

“My effort has to do with my team,” he said. “We have a great team and they just drive me to work harder every day. I may have seven interceptions, but I’m just doing whatever it takes for my team to be successful.”

Summers’ game-winning play was his second in as many games, as his 67-yard interception return for a touchdown at Tulane accounted for the only points the Huskies scored in their 7-3 win.

It’s going to take another strong defensive effort from the Huskies on Saturday, as Temple averages just over thirty-two (32) points per game. Summers realizes what needs to occur to knock off their second consecutive ranked opponent and it started with a focus on Monday, turning the page quickly from Saturday’s emotional win.

“Temple is a tough team, they have a great defense and a great offense” he said. “We just need to out-will, out-compete and out-prepare them, in every way possible.”

And oh yea, don’t sleep on fellow corner Jhavon Williams, who mans the opposite side of the stout Huskies defense. With these two, the Huskies are continuing to build the reputation of Cornerback U