Head coach Randy Edsall tweeted a picture of the ‘Block C’ being posted outside his office at the Burton Family Football Complex on Friday, which all recognize as the old logo that represented the football program during his tenure at the University of Connecticut. The program last used that design and logo in 2012, before the school re-branded itself to the new Husky Dog.

Edsall’s post raised speculation that the Huskies were considering a uniform change for the 2018 season. While in Storrs, he did see multiple updates to the teams’ attire, including the change from the Aeropostale days to Nike, the move from the interlocking U-C helmet, to just the C, as well as his final update in 2008 that included removing ‘Connecticut’ off of the front of the jerseys. At that time, Edsall talked about preserving the Huskies past, while updating for the future.

“We believe strongly in the ‘C’ logo,” he said at that news conference. “We think that when people see the ‘C’ they know it stands for UConn football. It has a long tradition here, even before the school was officially the University of Connecticut. If you look at the 1924 team photo, the player right in the middle is wearing a ‘C’ sweater. There is a picture of Red O’Neill that I saw and he is wearing a ‘C.’ There is a tradition that moved right into the 1970s with the ‘C’ and we continue that tradition today.”

So back to Edsall’s post on social media on Friday and what he wrote:

Loved seeing this as I came into my office this morning, before hitting road. Might have to bring this back!😉 pic.twitter.com/eB6gvyxi6h

“The uniform is not changing for next season,” a source with knowledge of the situation responded. “Our next uniform change will be for 2019. It’s a normal cycle, in the three-year range to work on a new uniform design with Nike. It has nothing to do with the ‘Block C’ or anything like that. It’s just a normal uniform update.”

While nothing will change heading into next season, what’s in store for 2019 is anyone’s guess. With Edsall involved in the decision, the possibility of the ‘Block C’ being more prevalent than it currently is, is high. Here’s a look back at what the program has been wearing since the upgrade to the 1-A/FBS era: 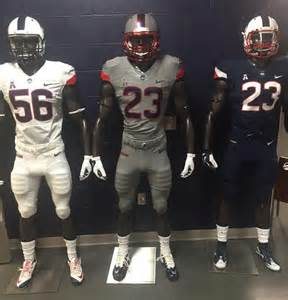 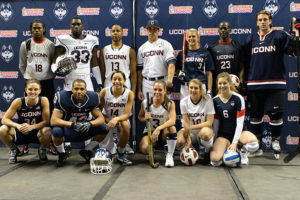 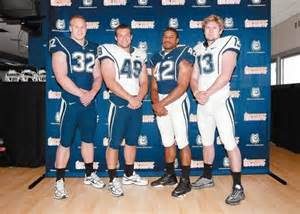 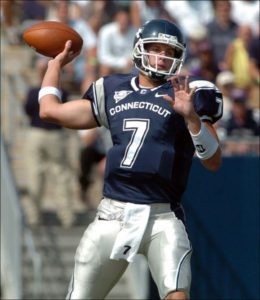 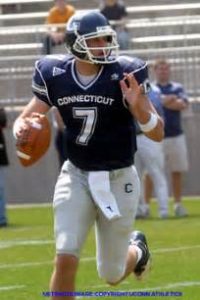 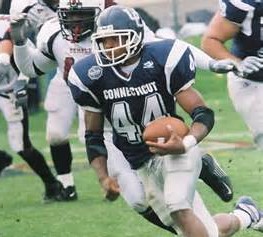 Comments Off on Uniform Speculation – What’s The Real Story?